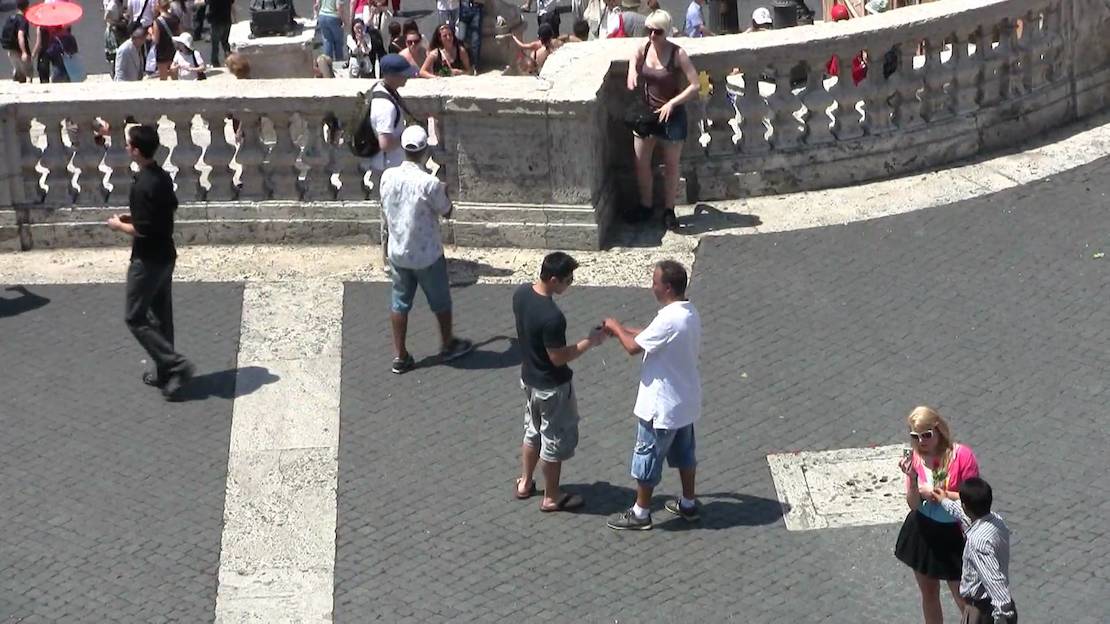 Traveling can be a fun and thrilling experience, that is until you become a victim of a popular scam. Scammers and thieves from around the world are always finding quick ways to make some big bucks, at your expense of course.

To help you travel safer, I’ve compiled a list of common travel scams from around the world so that you don’t become a victim!

Usually there is a guy standing on a street corner late at night. He notices you walking with a couple friends or by yourself and starts chatting you up. He might offer to take you to a bar with a lot of girls. Don’t do it. Just avoid these people. What they do is chat you up like they are a nice guy just trying to help. They often speak pretty good English as well and look pretty normal.

This guy, if he convinces you to go, takes you to a “bar” usually off the main street. Once you walk in, it’s a bunch of girls and rooms. It’s obvious what it is. They try to sell sex and give you a drink. A bunch of girls will surround you and if you decide to pay for sex, they give you a bill for a couple thousand dollars. If you decide to not pay, they bring in thugs to rough you up a bit.

Moral of the story, use your best judgement and stay away from unpopulated areas that have “bars”

2) That person just helping you out

There you are walking home from a great night with your friends. You’re obviously a little drunk and perhaps lost. Then someone comes up to you trying to act like a friendly stranger. They tend to try to give you hugs or shake your hands and stuff. That is usually the point they get their hands in your backpack or pockets and take your stuff.

Moral of the story, if you get drunk, try to use the buddy system and avoid strangers trying to be friendly.

Some airport taxi services try to fake like being the “official” taxi service to and from the airport. Usually there is a guy that asks if you need a ride (If they are asking for business, probably best to avoid him). They usually offer a ride with a much inflated fare. Instead, just go to the normal taxi line and don’t get sidetracked by taxi services claiming to provide a better service even if they look official.

Sometimes there are people that dress up and pretend they are the police. They’ll usually ask to see your identification and find something wrong with it (even when there isn’t). Then they usually try to fine you, in cash right on the spot. Stand your ground and tell them you’re more than happy to go to the police station. Usually they will just excuse the mistake and offer a warning.

Often seen on the steps going up to the Sacre Coeur in Paris, people generally of african descent will try to offer you a friendship bracelet. They will place a string around your finger and start tying and creating a bracelet. They will try to chat you up often saying, “oh yea I’ve been to (where you’re from). I love it there!” While they try to keep your hands and attention busy, another guy will come up from behind and try to take something from your open purse, backpack or pocket.

Young girls will often approach a male tourist and gain their trust after some small talk. You agree to accompany them to a local bar/tea shop. If you buy them a drink or tea, you’ll notice it’s usually the most expensive. Once the bill comes, you’ll notice that your girl probably already made a quick exit and you’re left with a bill that amounts to hundreds of dollars.

Sometimes there will be gypsies that ask for money to help support her family. These women will try to get close to you and ask for change and distract you. They do this all while taking stuff from your purse, pockets, or backpacks. I’ve even heard a story of a woman using a fake baby, throwing it at the person (acting like she tripped). Your instinct is to catch the baby (which also occupies your hands and attention). Then the woman will usually either cut your purse or bag and try to grab your things.

So, what are some of the other crazy scams you’ve heard of?