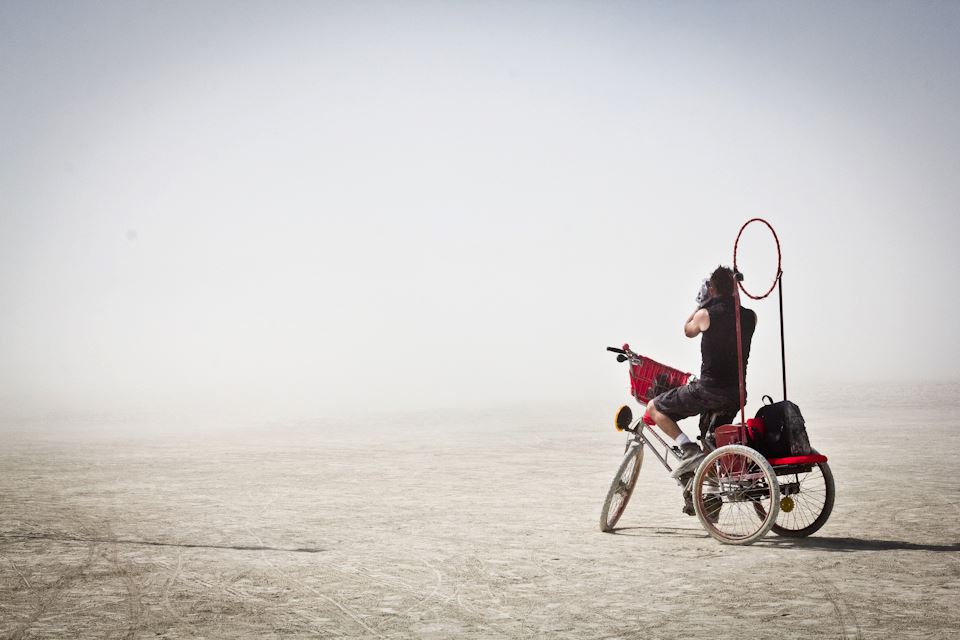 So there I was, in the middle of a desert surrounded by over 61,000 other burners. It’s night time but you can’t see the stars. As you look around in the night, you see glowing art cars in the distance, people on glowing and blinking bicycles and loud thumping music. It’s a magical place.

First, let me properly introduce myself. My name is Ryan; however, on the Playa i’ve been named Magnet.

The Day Magnet Was Born

It was the first real day out on the playa. I was riding with the rest of my camp and exploring the playa and checking out some other camps. I was picking out some free necklaces when all of a sudden a man in black comes over to our group and says, “Who needs a playa name?”

All of a sudden, he goes around in a circle giving people names. He gives me the name “prophylactic”. Yea, no thanks. That’s no way to get a playa name. So, lets fast-forward to the real story.

There I was going on a bike ride with my camp and we stop to observe a very strange camp. I can’t remember what exactly it was, but cruising with all guys, we were bound to stop.

Related: The best mountain bike under 500.

In front of us were 3 beautiful women with little clothing and fur covered underwear screaming something like, “Come put fur on your panties” or something strange like that. Then I look over and see a very attractive topless woman walking towards me.

She drills me with a bunch of questions asking about my heritage. Apparently she was attracted to asian men, and there weren’t a lot on the Playa. After some conversation, we say our goodbyes and part ways. Apparently she was a stripper at a very popular strip club in Las Vegas.

Afterwards, I was named ‘Magnet’ by my camp.

So now that I’ve properly introduced myself, this is the story of what it’s like to go to Burning Man for the first time. I can only really categorize it into two distinct times: daytime and nighttime. They are both widely different. So lets start with the daytime.

You wake up at who knows what time. I personally didn’t have a watch on me, and it was nice to be entirely disconnected from time and the rest of the world. I’d imagine it was around 7-8am though.

You wake up because of the heat and sun. This is why it’s important to have a shade structure over your tent so that your tent doesn’t get all the heat and sun. I noticed that a lot of people had RVs in which they tend to sleep a lot more because, well, they can.

I actually rarely ate a big meal. I’d have a couple pieces of fruit as it was nice to get some liquid other than water into my system. The heat also made it so that I wasn’t as hungry or something. After quickly cleaning up and dumping water into a gray water evaporation bin, I sprayed myself with sunscreen and headed out for the day.

Oh yea, one thing to note is that they do have port-a-potties with toilet paper there. So not to worry if part of your morning routine is to well, do your business.

In the beginning I’d take out a bicycle and ride around and explore the different parts of the playa. After a couple days of it, I started walking around. I’d recommend doing both as they offer different experiences. Most people tend to bicycle and it makes sense if there is a certain place you want to get to; however, walking was nice because it forces you to stop more and make friends at camps. I found that more people called me into their camps for a drink if I was slowly walking by. It did suck if you found yourself in the deep playa without a bike. Hopefully you can find an art car passing by in which you can usually get them to stop and let you on.

Most of the days was spend biking or walking around and seeing all the various art structures. They can be found all over the place! I also found that I spent the days drinking as all the camps usually served mixed drinks with alcohol. It’s a great way to meet new people when you stop in for a drink.

Common Questions Asked When At A New Camp

Walking around you’ll find the most random things. Everything from a random playground, bumper cars, ziplines, stuffed animal dissection, nude body washes, improv classes and more. There is a little bit of everything which makes it absolutely wonderful.

You can find out the days events in the book that is given to you upon arrival or by downloading the official burning map app.

What To Do During The Day

Below are some more photos from the day!

I found that nighttime was mostly parties. A couple of the camps shutdown and go into happy hour mode by serving drinks and blasting music with flashing lights.

I’d definitely recommend taking a bicycle out at night instead of walking. Be sure to outfit your bicycle with el wire and other lights to make sure you’re seen in the dark.

What to bring to the Playa at night

My nights were spent exploring all the sound camps and parties. One of my favorite camps to visit was called the ‘Thunder Dome’ by the wonderful people of Death Guild. It took on a Mad Max style fighting cage where people would climb on the top and cheer. It was very unique and memorable.

The best way I can describe the Playa at night is if you remember the movie Avatar where everything starts to glow. At night time, you look around and everywhere you look is just glowing lights from bicycles, camps and art cars. It was magical and was unlike anything i’ve ever seen.

So that’s the story of Burning man. Next article will be covering the ‘Decompression’ or post Burning man and how it has changed me. I’ll also post up my checklist of things to bring and other ways to prepare so you’re first time experience is just as memorable as mine! 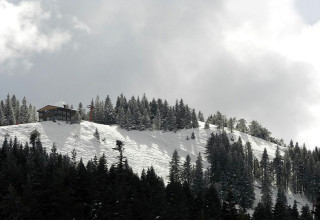