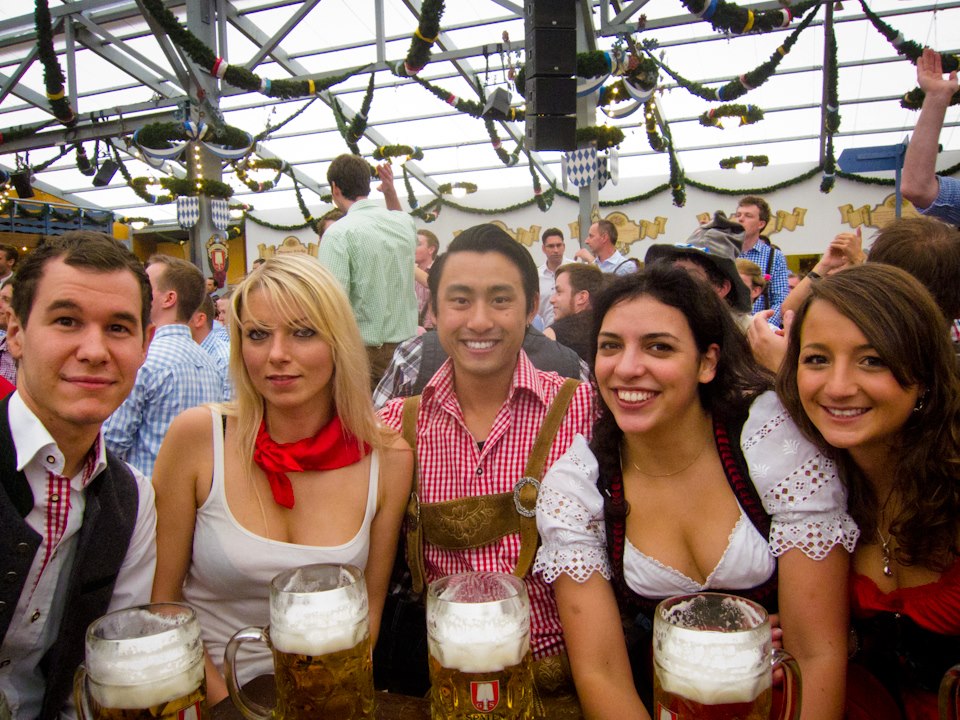 So there I was, engulfed in the smell of beer. The music was loud and the crowd was plentiful. I was in Europe, but I just heard a lot of English speakers.

During this 16-day festival, tourists from all over the world flock to Munich to drink their faces off and have a jolly good time. There are over 6 million people that visit this festival every year. I was at one of the most touristic events in the world, and I was having a blast. Ok, well maybe the beer helped.

I keep hearing about people who want to get off the beaten trail and avoid the “touristy: stuff.

At first I thought that some destinations are quite touristy. When I thought of Paris, I thought of the massive crowds surrounding the Mona Lisa or the endless lines at the Eiffel Tower. There are some people that go to destinations to do the highlights of the country. I’m one of those people.

Ok, before you get on my back about it, I say this only because I do find enjoyment in seeing the touristy things such as Machu Picchu in Peru or the Eiffel Tower in Paris. I think it’s just one of those things that you should do once. After that, once is enough and move on.

Ok, back to Oktoberfest. So it was full of tourists from around the world and it’s a wonderful time; however, if you’re looking step off the beaten path, you only need to look a stones throw away. Some tourists don’t know this, but there are actually smaller ‘Oktoberfest’ like events that lead up to the bigger ‘Oktoberfest’. They are called ‘Volksfest’ or the People’s Fair. Oktoberfest is just the largest one.

These Volksfests happen in most the different smaller towns in Bavaria. I attended a small one in Mühldorf and found that I was probably one of very few toursits there. I not only noticed that I was probably the only American there, but also the only Asian male there. Well, I’m not 100% sure, but I’m pretty darn certain. We stick out like sore thumbs in a sea of blonde and blue eyed Germans.

I noticed that I was still in the same area, but it was completely a different experience. I was also able to do some Urban Exploring that led to some very interesting photos.

Even in my home state of California, you’ll notice that there are certainly more tourists in San Francisco checking out the Golden Gate Bridge then if you were to visit the bustling Silicon Valley area.

So next time you cringe at all the surrounding tourists, look at your surroundings. Are you in a famous and highly populated area? If so, keep walking or rent a car. You might find something a lot more interesting and local that will give you a much different and personal experience.

Once you start doing that, you’ll never call any city touristy ever again.