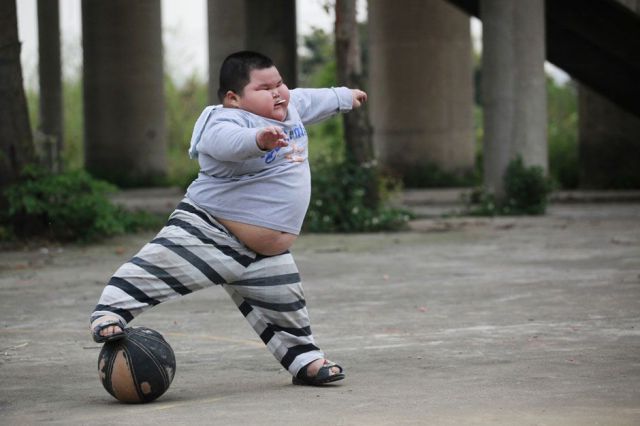 A couple weeks ago I made my first trip to Shanghai, China. Let’s just say it was a VERY interesting trip. If you’ve ever been to Shanghai or for that matter, China, you can certainly relate to some of the things. Enjoy!

1) Hearing the ‘I’m about to spit sound’ will always gross you out.

Chinese people spit everywhere and all the time. It will be one of the most terrifying sounds you’ll hear.

The smog is unlike anything you’ve ever experienced. There is a reason why everyone has masks.

3) Eating your first xiaolongbao will blow your mind

4) When you get an amazing deal at a shop

5) When you get surrounded by people trying to sell you stuff. You’re just like…

Bargain shopping is everywhere and people are aggressive

It always sounds like they are yelling at each other

7) Seeing a baby pee in a trashcan

Babies have slits in their butt of their pants so they can “do their thing”. Seeing a baby pee in a trashcan. I’m like…

8) Getting a traditional Chinese massage for the first time

It sounds nice in theory.. but, it’s pretty much just a woman hitting you.

Foot massages are very common in China. Especially nice after a lot of walking!

11) Realizing you can’t check your Facebook without a VPN

When someone tells you that Facebook is blocked and can only be accessed with a VPN, you’re like.. what? What’s a VPN?

There are a lot of people that just walk on the streets in Shanghai. It’s amazing how these cab drivers avoid running someone over!

Food here is really cheap. Like REALLY cheap if you know where to eat.

So many scooters and cars!!

17) Hitting the clubs after midnight

Shanghai clubs don’t get popular till much later in the night, unlike in the USA.

18) Walking into the metro during rush hour

If you thought your city was bad, Shanghai is worst. It’s EXTREMELY packed with people all trying to rush to get into the train.

19) Walking into the bathroom and seeing your first squatter…

More traditional Chinese buildings will feature a lovely squatter instead of a sit down toilet. Apparently it’s better for your health.

Sometimes you won’t understand the customs. If that’s the case… just come to accept it. It’s China!

Hope you all liked this article. If you did, be sure to share it with your friends! What did you learn in China that shocked you? Let us know in the comments below.